By: Chris Popp
Director of Sales and Marketing
DieQua Corporation

February 2015 marked the 35th anniversary of DieQua Corporation, a manufacturer and supplier of a wide range of gear products for power transmission and motion control. Actually started a few years earlier by founder Dietmar Quaas, at his kitchen table, it wasn’t until 1980 that the incorporation papers were finalized.

Achieving this dream was but one stop in an improbable long journey for Dietmar. Surviving WWII as a young male in Germany was one of his first challenges. Escaping from East to West Germany in 1946 as a 16 year old was another. Following the path of many before him, he emigrated to the United States, arriving in the Chicago area in 1955.

Working a number of odd jobs, he studied drafting at night school, ultimately finishing at the top of his class. This was a considerable achievement for someone requiring use of a second language. In 1960 an opportunity presented itself with Buhrke Industries, working towards becoming a tool and die maker. It was at Buhrke that he made his mark.

After working several years in the tool room, at one point being a part of the team that was developing “pop top” can production technology, he was able to parlay his previous drafting experience and make the move into Engineering.

Knowing the ins and outs of tooling design as well as their manufacture became valuable in the sales process, of which he became more and more involved. Success at every level within the company eventually led to his rise to the General Manager’s office. After a few years of international travel and business development he left the company in the late ‘70s to pursue a personal goal, the start up of a surplus can production machinery brokerage firm. 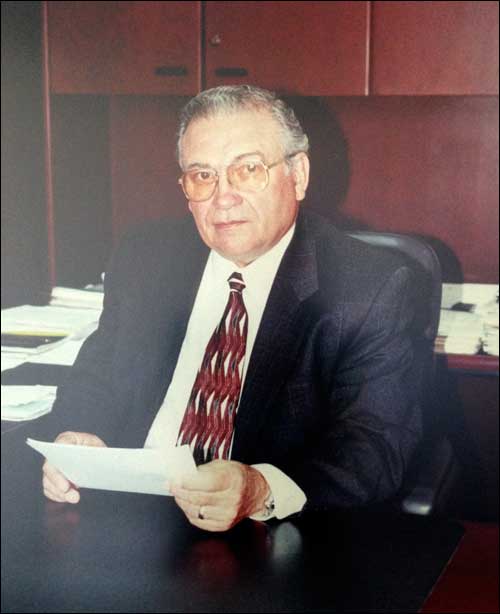 Although this was the beginning of DieQua Corporation (“Die”, a pun combining his technical background from first part of his name and “Qua” from the beginning of his last name), Dietmar didn’t incorporate until February of 1980, which is now considered the official start date. For several years he built his international reputation as an integrator of used can making lines. It wasn’t until 1983 that he started the gear products division.

While gearboxes were an obvious departure from his core business they weren’t unfamiliar to Dietmar. And when an opportunity came along he took advantage.

During his later days at Buhrke, the cousin of the owner of Buhrke periodically came to visit from Germany. Dietmar was often invited due to the German connection. He became a close acquaintance of this cousin who happened to be a territory sales agent for the company Tandler out of Bremen Germany.

In 1982 Siegfried Tandler was looking to expand his sales of precision spiral bevel and phasing gear boxes into America. The Tandler sales agent got the idea to put Siegfried and Dietmar together. They were able to come to a sales agreement for the North American market and in 1983 DieQua suddenly had a second business leg. It grew rapidly as the precision and design versatility of the Tandler product had few competitors.

Additional power transmission products from other manufacturing partners were introduced in the 90’s. The early to mid 2000s saw the launch of a major motion control gear products initiative that now offers the widest range of technology alternatives.

Unfortunately the used packaging division closed in 1998 after Dietmar’s untimely passing. He was the main driver of that side of the business. However, the gearbox division had been the more significant contributor over the previous few years so moving exclusively in that direction allowed for greater focus.

For the last 17 years DieQua has been under the direction of Meikel and Norman Quaas, sons of the founder, both of whom were in the company for several years before the transition. On their watch the company has continued to expand the product offering and production capabilities.

The various product line introductions and significant event timeline can be viewed on the DieQua website. The gearbox division has expanded dramatically and now has focus in both the power transmission and motion control industries. The range of product lines available from a single source, the engineering assistance offered to select the best technology, and the ability to manufacture custom designs, is what sets DieQua apart from the competition.