Eriez, Erie, Pennsylvania, has promoted Jiang Xinkai to the new position of manager of process engineering. The announcement was made by Charlie Ingram, Eriez’s vice president of sales and marketing.

Jiang joined Eriez in 2005 as a research engineer and was later promoted to project engineer. In 2014, he transferred to the sales department to work in Eriez’s minerals and materials processing group. Jiang has earned three different master’s degrees and also holds a Ph.D. from the University of Kentucky. 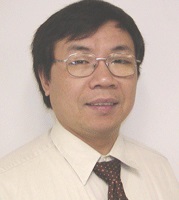 Jiang played a key role in the design and testing of the Eriez DensitySort Air Table, as portrayed in this 2011 Recycling Today Media Group report and video.

“Xinkai has a proven track record of success in developing products and managing projects for recycling and minerals processing industries,” says Jose Marin, director of minerals and materials processing at Eriez. “He excels at selecting equipment for new and challenging applications. Xinkai’s hard work and dedication to Eriez is evident in everything he does.”