A look at a common test type that’s not a leak test. 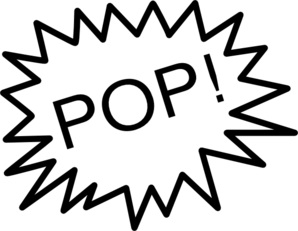 Many items such as catheter balloons, radiator fluid reservoirs, one way valves, pressure relief valves and others require testing not only for leaks but to verify that they will operate correctly, in the case of valves by opening at a certain pressure, or to determine that they will withstand a certain pressure without failing. Catheter balloons would be an example of the latter.

This type of testing is known as burst testing and it may be destructive or non-destructive depending upon the application.  In essence the test involves slowly increasing the pressure and recording the exact pressure at which the device ruptures or opens. Precise control of the pressure is the key to success here.

Some burst test specifications have a lower and upper burst level. In other words quality engineers are looking for the product not to burst below a certain low level but to burst or open below a certain high level, a range of operation if you like. This is certainly the case with relief valves.

Another application for burst testing is the testing of flexible packaging where the packaging engineer will be looking for a product which does not burst easily but which is still easy enough to open. A practical example of the importance of burst testing for packaging is in the transportation of packaged goods by air. At high altitudes the pressure within the sealed package will exceed the external pressure, this will increase the strain on the seal, which may creep and eventually open. It’s easy to observe this effect on an aircraft, even in the pressurized passenger cabin you will see how distended the packs of potato chips become!

One product which can handle this multi step, multi limit test with ease is the Sprint iQ leak tester. Fitted with either a manual pressure regulator and needle valve or an automatic electronic programmable regulator, pressure is slowly increased. At the point of burst, the exact pressure is recorded and the system is vented to atmosphere to ensure no high pressure air is trapped in the system. Due to the versatility of the Sprint iQ and its capacity to combine multiple test types and test channels, the burst test option can be added as an additional test to follow a pressure decay test for example.

An application note with circuit diagram and step by step explanation of the test is available. Entitled Burst Testing AN-19 it may be obtained by joining our literature club – click here.