While powerful magnets well-known in leading to new developments in technical fields like machinery manufacturing, there are also innovations emerging in the food and beverage industry that are made possible with magnets. Food and beverage producers are always looking for ways to protect their brands and create unique products and magnets could play a crucial role in meeting these goals. 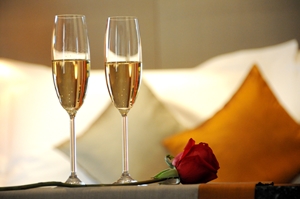 Here are three magnetic innovations in the food and beverage industry:

Researchers speed up wine production with magnets
Many wine connoisseurs enjoy a good aged wine but may find the wait to pour a glass unbearable. Luckily, researchers in Slovenia's University of Ljubljana found a method to cut the wait time to make sparkling wine to only 15 minutes using powerful magnets – more than 4,000 times faster than normal, Wine Searcher reported.

Usually, wine producers would have to wait for dead yeast cells to be removed, which may take up to 60 days, the Institution of Chemical Engineers (IChemE) said. However, researchers discovered they can greatly speed up this process by inserting magnetic nanoparticles with the yeast and then extract these cells with magnets.

"Although many wine connoisseurs will stay loyal to traditional manufacturing methods, the inventiveness of chemical and biochemical engineers demonstrates that even wine production, which has been made for millennia, can be made more efficient with clever nanotechnology combined with simple magnets," said Dr. David Brown, CEO of IChemE.

Although this process strays from the old days of making wine, using magnetic nanoparticles and magnets do not change the taste or aroma of this beloved drink.

Magnets help stop food fraud
Interpol and Europol reportedly seized more than 1,200 tons of fraudulent or adulterated food and nearly 114,000 gallons of counterfeit beverages between December 2013 and January, showing the widespread problem of counterfeiting. While counterfeit products pose a major problem in the food and beverage industry, companies may be able to add an extra layer of protection for their goods with an invisible label made from magnetic particles, Phys Org reported. Researchers testing this food safety measure by mixing olive oil with particles that essentially tag the product as being authentic.

However, researchers at Switzerland's ETH Zurich may have developed a way to combat counterfeiting through a new process to tag products. Robert Grass, lecturer in the Department of Chemistry and Applied Biosciences at ETH Zurich, said he prefers to know which particles have been added to products to determine where food comes from and the purity of these items. To test whether an olive oil product is counterfeit or made by a certain manufacturer, consumers could use a magnet to take out the particles from the oil. If the amount of nanoparticles from the oil is not equal to the original quantity, consumers can assume the product has been modified in a way.

Magnetic seal may reduce food waste
Consumers often discard food due to spoilage, but a new way to store food could help reduce the amount of food thrown away each year. LG recently revealed a new refrigerator that could allow consumers to keep their food longer and conserve freshness. Of the municipal solid waste that ended up in landfills in 2012, more than 36 million tons were food waste, according to the U.S. Environmental Protection Agency. The reuse and recycle rate for food was only 5 percent in that year.

As a potential solution to curb food waste, the LG refrigerator features a magnetic seal that may slow down food spoilage.