Montreal, QC, Canada (May 8, 2014). A 1920s-themed evening took place to celebrate the 26th edition of ESTim awards gala organized by the Eastern Montreal Chamber of Commerce. These awards are presented each year to companies that stand out for their involvement and contribution to economic development in eastern Montreal.

PROCECO entered in the categories Top Manufacturing Company $ 10M + and Top Exporting Company. A jury for each category assessed the applications and then evaluated each company during a visit in order to select three finalists and finally a winner in each category. 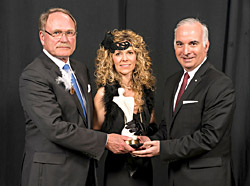 PROCECO won in the category of Top Manufacturing Company $ 10M + and was recognized once again for a second consecutive year as a finalist for Top Exporting Company. 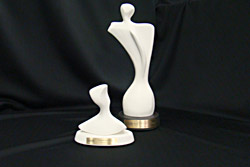 Helmut Schauer, Grace Powell, Patrice Dupont, and Chantal Rousseau proudly received ESTim 2014 trophies on behalf of the entire PROCECO team during the evening in front of an audience of more than 500 personalities from the business region.