DieQua Corporation provides resources for engineers – whether catalogs, product videos or industry-related news and updates. Take a look at our list of commonly used engineering terms to see what other engineers are using and referring to.

Acceleration – The rate of change of velocity of an object with respect to time.

Angular Contact Bearing – An angular contact ball bearing uses axially asymmetric races. An axial load passes in a straight line through the bearing, whereas a radial load takes an oblique path that acts to separate the races axially. So the angle of contact on the inner race is the same as that on the outer race.

Automation – The technology by which a process is performed without human assistance.

Backlash – The amount of play between the meshing teeth of two mating gears is called backlash. This is important in gear operation, as a small amount of backlash is built into the drive to allow gears to perform. Backlash provides clearance for proper lubricant penetration and prevents binding. 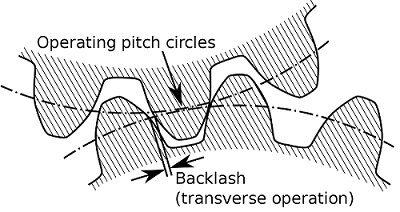 Belleville Spring – A conical shell which can be loaded along its axis either statically or dynamically.

Bolt Circle – A theoretical circle on which the centerpoints of bolt holes lie when the bolt holes are positioned as equally spaced in a circle.

Bushing – Also known as a bush, is an independent plain bearing that is inserted into a housing to provide a bearing surface for rotary applications; this is the most common form of a plain bearing.

Couplings -- Used to connect two shafts that turn in the same direction and on the same centerline.

Differential (Mechanical device) – A gear train with three shafts that has the property that the rotational speed of one shaft is the average of the speeds of the others, or a fixed multiple of that average.

Drive Shaft – The mechanical component for transmitting torque and rotation, usually used to connect other components of a drive train that cannot be connected directly because of distance or the need to allow for relative movement between them.

Dynamics –The branch of applied mathematics (specifically classical mechanics) concerned with the study of forces and torques and their effect on motion, as opposed to kinematics, which studies the motion of objects without reference to its causes.

Efficiency – Measures the effectiveness of a machine in transforming the energy and power that is input to the device into an output force and movement.

Flywheel – A mechanical device specifically designed to efficiently store rotational energy. Flywheels resist changes in rotational speed by their moment of inertia. The amount of energy stored in a flywheel is proportional to the square of its rotational speed.

Force – Any interaction that when unopposed, will change the motion of an object.

Fretting – Refers to corrosion damage at the asperities of contact surfaces. This damage is induced under load and in the presence of repeated relative surface motion, as induced for example by vibration. Pits or grooves and oxide debris characterize this damage, typically found in machinery, bolted assemblies and ball or roller bearings. Contact surfaces exposed to vibration during transportation are exposed to the risk of fretting corrosion.

Friction – The force resisting the relative motion of solid surfaces, fluid layers, and material elements sliding against each other.

Gear – A rotating machine part having cut teeth, or cogs, which mesh with another toothed part to transmit torque. Geared devices can change the speed, torque, and direction of a power source. Gears almost always produce a change in torque, creating a mechanical advantage, through their gear ratio, and thus may be considered a simple machine.

Gear Train – A mechanical system formed by mounting gears on a frame so the teeth of the gears engage.

Helical Gears – Helical gears are capable of carrying more load than spur gears. They have teeth that are orientated at an angle, called the helix angle in order to shift the axis. This allows for an overlapping tooth engagement which produces a smooth and quiet operation.

Inertia – The resistance of any physical object to any change in its state of motion. This includes changes to the object’s speed, direction, or state of rest.

Line Shaft – A power driven rotating shaft for power transmission that was used extensively from the Industrial Revolution until the early 20th century.

Lubrication – Process or technique of using a lubricant to reduce friction and/or wear in a contact between two surfaces.

Mechanical Advantage – The measure of the force amplification achieved by using a tool, mechanical device or machine system. The device preserves the input power and simply trades off forces against movement to obtain a desired amplification in the output force.

Moment of Inertia – As known as the angular mass or rotational inertia, of a rigid body is a tensor that determines the torque needed for a desired angular acceleration about a rotational axis. It depends on the body’s mass distribution and the axis chosen, with larger moments requiring more torque to change the body’s rotation.

Mounted Bearings – These eliminate the need to select and assemble components. They reduce friction in applications where machined bearing seats in the equipment frame are undesirable or impractical.

Newton Metre – The newton metre (also newton-metre, symbol N m or N⋅m) is a unit of torque (also called “moment”) in the SI system. One newton metre is equal to the torque resulting from a force of one newton applied perpendicularly to the end of a moment arm that is one metre long.

Pillow Block Bearing – a pedestal used to provide support for a rotating shaft with the help of compatible bearings & various accessories. Housing material for a pillow block is typically made of cast iron or cast steel.

Pinion – A round gear used in several applications.

Power – In physics, power is the rate of doing work, the amount of energy transferred per unit time. Having no direction, it is a scalar quantity. In the International System of Units, the unit of power is the joule per second (J/s), known as the watt in honor of James Watt, the eighteenth-century developer of the steam engine condenser. 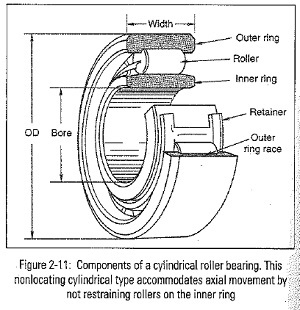 Safety Factor – Term describing the load carrying capacity of a system beyond the expected or actual loads. Essentially, the factor of safety is how much stronger the system is usually that needs to be for an intended load. Safety factors are often calculated using detailed analysis because comprehensive testing is impractical on many projects, such as bridges and buildings, but the structure’s ability to carry load must be determined to a reasonable accuracy.

Screw Jacks – One of the oldest actuation devices and consists of an input rotating shaft, an output linear motor shaft and support bearings that are enclosed in the housing.

Seal – A device that helps join systems or mechanisms together by preventing leakage (e.g. in a plumbing system), containing pressure, or excluding contamination. The effectiveness of a seal is dependent on adhesion in the case of sealants and compression in the case of gaskets.

Servomotors – A special class of motor that has low inertia and high response that produces the capability to accelerate from zero to full speed in milliseconds. To be used with dedicated servo control. Exhibit higher maximum speeds and faster response than a conventional motor.

Shaft – Rotating machine element which is used to transmit power from one machine which produces power to another machine which absorbs power.

Tensile Strength – The resistance of a material to breaking under tension.

Torque – The tendency of a body to rotate due to a force being applied at some distance away from the center of rotation.

Traction Fluid – A specialized lubricant for improving the operation of a continuously variable transmission.

Transmission – Machine in a power transmission system, which provides controlled application of the power. Often the term transmission refers simply to the gearbox that uses gears and gear trains to provide speed and torque conversions from a rotating power source to another device.

Unbalance – Occurs when rotation about the center of mass doesn’t match the geometric center of rotation determined by the bearings. 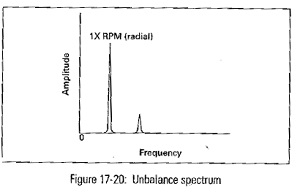 Viscosity – The fluid’s ability to resist motion. High viscosity means that a fluid is thicker and does not flow easily.

Worm gears – Used to transmit power through right angles on non-intersecting shafts, a worm gear set consists of a cylindrical worm that meshes with a larger gear, often called a wheel. The worm requires several revolutions to drive the wheel through a single revolution. Worm gears are suitable for applications where shock loads are encountered. The screw action is quiet and produces a constant output speed free of pulsations.