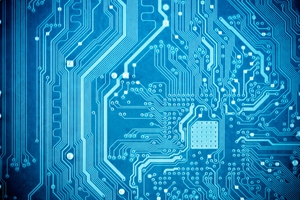 Irina Eichwald of Germany's Technical University of Munich served as head of a team to develop a chip that uses layers of nanomagnets to create a more efficient computer chip that consumed 1/35th of the power that a transistor would normally use.

"A huge number of computing processes can now be done simultaneously with very low power consumption as you don't need the connecting wires transistors need," said Eichwald. "You only need to generate a magnetic field across the chip."

Researchers at the University of California at Los Angeles also used magnetic materials to increase the amount of memory stored on computer chips, according to a release.

Kang Wang, professor of electrical engineering at the UCLA Henry Samueli School of Engineering and Applied Science, said the study may revolutionize how scientists produce nanoelectronic devices and systems. With the popularity of big data rising , as companies aim to collect and analyze massive amounts of informationfor market research, employee management and other applications, the technology of the future needs to be able to process this data quickly. Devices made with magnetic materials could help chips perform their job and lower their environmental impact at the same time.

"In conjunction with related types of magnetic devices being studied by our team, it represents a tremendous opportunity to realize higher performance memory and logic for future instant-on and energy-efficient, green electronic systems," Wang, who is the lead investigator for the study, said in a statement.