BETHLEHEM, PA, USA—Flexicon Corporation has broken ground for an expansion that will double the size of its US headquarters, it was announced by President/CEO David Gill. 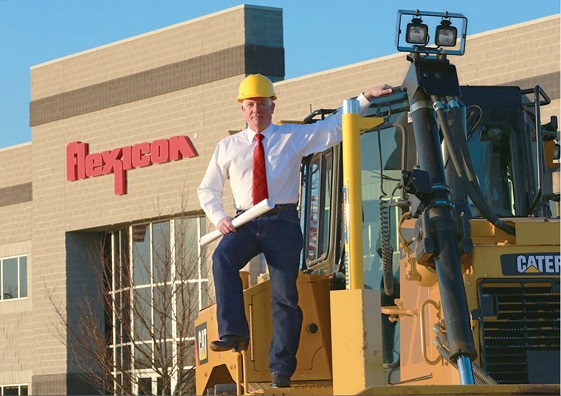 "We built the current 91,000 sq ft (8,500 m2) facility in 2001 on an over-sized site owned by Flexicon that had acres of additional prime real estate beyond what was needed for the 2001 building, with the intention of expanding the building as demand for Flexicon equipment exceeded our capacity to produce it," says Gill.

The addition will allow the Steel Forming, Welding, Grinding/Polishing and Blasting/Painting Departments to double in size, and the Electrical Controls Department to increase four-fold. The Assembly Department, which will be relocated into the new space, will be eight-times larger than before, and provide up to 38 ft (11.6 m) of overhead clearance to erect larger systems and enhance factory acceptance testing.

Other plant floor increases include a dedicated 4000 sq ft (370 m2) area for new product development, and a total of 10 tailgate loading docks and two drive-in doors.

In addition to manufacturing equipment for the Americas, the Bethlehem Headquarters oversees Flexicon operations located in the UK, Australia, South Africa, Chile and Singapore.

"Doubling the size of our world headquarters will have the immediate effect of reducing wait times for equipment deliveries," says Gill, "while allowing us to develop new product lines and secure patents on an accelerated basis, positioning Flexicon for exponential growth."